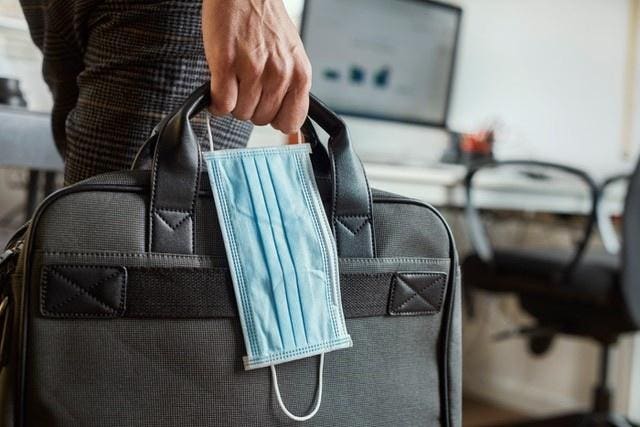 Stock index futures point higher as investors look to add to two days of gains. Thursday is the last trading day of the week because markets are closed on Friday in observance of the Christmas holiday. Today will also be a lightly traded day because many investors will be getting an early start on their holiday celebrations. Traders looking to get into any market action today should be careful with the lower volumes and consider taking smaller positions and scaling in for better pricing. If stocks follow past patterns, it’s likely that the first 30-60 minutes will see decent volumes and then trading usually gets increasingly thinner throughout the day.

The developments are helping stocks like Norwegian Cruise Line
(NCLH), which was 2.52% higher in premarket trading. Additionally, Delta Air Lines (DAL
) was up 1.23% and Las Vegas Sands (LVS
) was up 4.40%. Investors appear to be increasingly more comfortable with the idea that Omicron isn’t as dangerous as other variants and that that travelers are willing to live with the risks.

Despite the increasingly positive sentiment, Omicron is still causing issues. Apple
(AAPL) announced that it was temporarily closing 8 stores due to the spread of the virus. As people gather for the holiday weekend, it’s likely that Omicron will spread and cases will rise in the United States, but hopefully the cases will be milder like South Africa has experienced so far.

In merger and acquisition news, Quidel
(QDEL) was trading 13.46% lower in premarket trading on news that the company is acquiring Ortho Clinical Diagnostics (OCDX) for approximately $6 billion in cash and stocks. Ortho was up 7.88% before the bell.

Some positive economic news was reported this morning with durables goods orders slightly better than forecasted. However, the Core PCE Price Index saw inflation grow at a faster pace than expected. In fact, personal incomes came in higher, but when adjusted for income they were flat. The 10-year Treasury yield (TNX) was up before the news but saw slight drop after the reports.

Hopefully, the positive momentum can last into next week as investors look for the much discussed Santa Claus rally.

In Tuesday’s trading, consumer discretionary was the top-performing sector on a day when all sectors finished in the green. The sector was helped by homebuilding and automobile stocks. After the open, the existing home sales report showed lower-than-expected sales because of the lack of inventory. Therefore, demand remains strong, and homebuilders are playing catch up. The S&P Homebuilders Select Industry Index ($SPSIHO) closed 1.53% higher on the day.

Stocks were able to build on Tuesday’s rally as the S&P 500 (SPX) rose 1.02% and now sits about 0.50% from its all-time high. Technology stocks were the second-highest performer on Wednesday and pulled the tech-heavy Nasdaq Composite (COMP:GIDS) up 1.18%.

Small-cap stocks also rose but underperformed the major indices as the Russell 2000 (RUT) Index rallied 0.86% on the day. The index has climbed more than 5% from its low three days ago when the index tested support. If the Russell 2000 were to move back to resistance, it would have to rally another 6%.

The Energy Select Sector Index ($IXE) only rose 0.56% on Wednesday despite a 2.69% rally in oil prices (/CL). Oil prices sold off hard on Monday but rallied through the day. The commodity has put together a two-day win streak of more than 10% from Monday’s low to Wednesday’s close.

Despite the rise in oil prices, the 10-year Treasury yield (TNX) traded more than 2% lower on Wednesday. While financials were higher on the day, the drop in yields likely weighed the sector down.

Paychex (PAYX), Cintas
(CTAS), and CarMax
(KMX) announced better-than-expected earnings and revenue for their previous quarter. However, only Paychex rallied on the news, climbing 5.52%. The payroll and HR specialist grew sales by 13% and has been successful in getting companies the help they need to get through the pandemic with its Flex digital platform.

Uniform rental company Cintas fell 1.81%, despite its ability to pass on higher costs to its customers. Cintas was able to adjust during the pandemic and offer health care and sanitation services to its customers, which helped the company grow sales over the last two years. Cintas did raise its outlook but offered uncertainty around COVID-19 because of the lack of the unpredictable nature of the Omicron variant.

CarMax fell 6.66% even though it grew revenue 65% from a year ago. Despite the revenue growth, earnings only grew 15% in the same time frame. Investors may be thinking that CarMax benefited from consumers looking for vehicles online during COVID-19 lockdown and that those conditions aren’t likely to repeat in 2022 because President Joe Biden ruled out lockdowns as part of the countries battle against the Omicron variant.

Despite CarMax possibly seeing a slowdown in sales in the near future, the automobile industry had the best day of all industry groups. The Dow Jones U.S. Automobile Index ($DJUSAU) rallied 6.40%.

Electric vehicle (EV) maker Tesla (TSLA) helped drive the rally in automobile stocks, which rose nearly 7.5% on the day. The rally was prompted by company President Elon Musk announcing that he was done selling shares during an interview with the satirical news site The Babylon Bee.

Musk said he sold enough shares to reach his goal of unloading 10% of his stake in the company to meet tax liabilities associated with the options expiration. According to the Securities and Exchange Commission filings, Musk has sold 583,611 shares. Tesla shares have fallen about 23% during this time.

Lightning Strikes: Despite Tesla reaching a trillion dollar market cap in 2021, it has actually lagged its competitor Ford (F). Tesla has risen more than 57% on the year, while Ford has climbed 129%. One reason Ford’s success is because it set a goal to be the second-largest EV maker in the United States in two years. The company already has around 200,000 reservation for its electric F-150 Ligtning pickup truck and had to quit taking reservations.

With so much demand for its electric pickup, the company is looking for ways to double its production. Like other automobile makers, Ford is struggling with a semiconductor chip shortage. Last month, Ford announced a “strategic collaboration” with GlobalFoundries (GFS) to deliver more chips to Ford in the short term. This partnership should help the company meet demand.

Fording the Rivian: Ford also holds a stake in electric truck and SUV maker Rivian (RIVN). Rivian came onto the scene when it went public in November and shot up more than 70% in five days. However, Rivian has since pulled back and is now trading about 4% below its IPO price. Rivian and Ford had initially decided to co-develop an EV, but no longer plan to do so.

Despite Rivian’s rise, the company has only produced about 1,000 vehicles in 2021. It’s building a $5 billion battery and assembly plant in Georgia that is expected to produce 400,000 vehicles per year. The plant should be up and going in 2024.

EVs Having a Goodyear: In order for buyers to get the most bang for their buck, EVs need a low rolling resistance tire that can still provide good grip to match the torque put out by electric motors. These tires are commonly included with the sell of a car as it comes out of the factory. However, there are few tire replacements for EVs on the market. Goodyear Tire & Rubber
(GT) debuted its new high-performance EV tire on Monday, prompting a 8.6% two-day rally in the stock price.

In 2022, EVs could have a good year if they keep their popularity, oil prices rise, and the government keeps providing structural support and tax benefits.

For Journey and Leisure Shares, This Summer time Has Been No Family vacation. Here is Why.