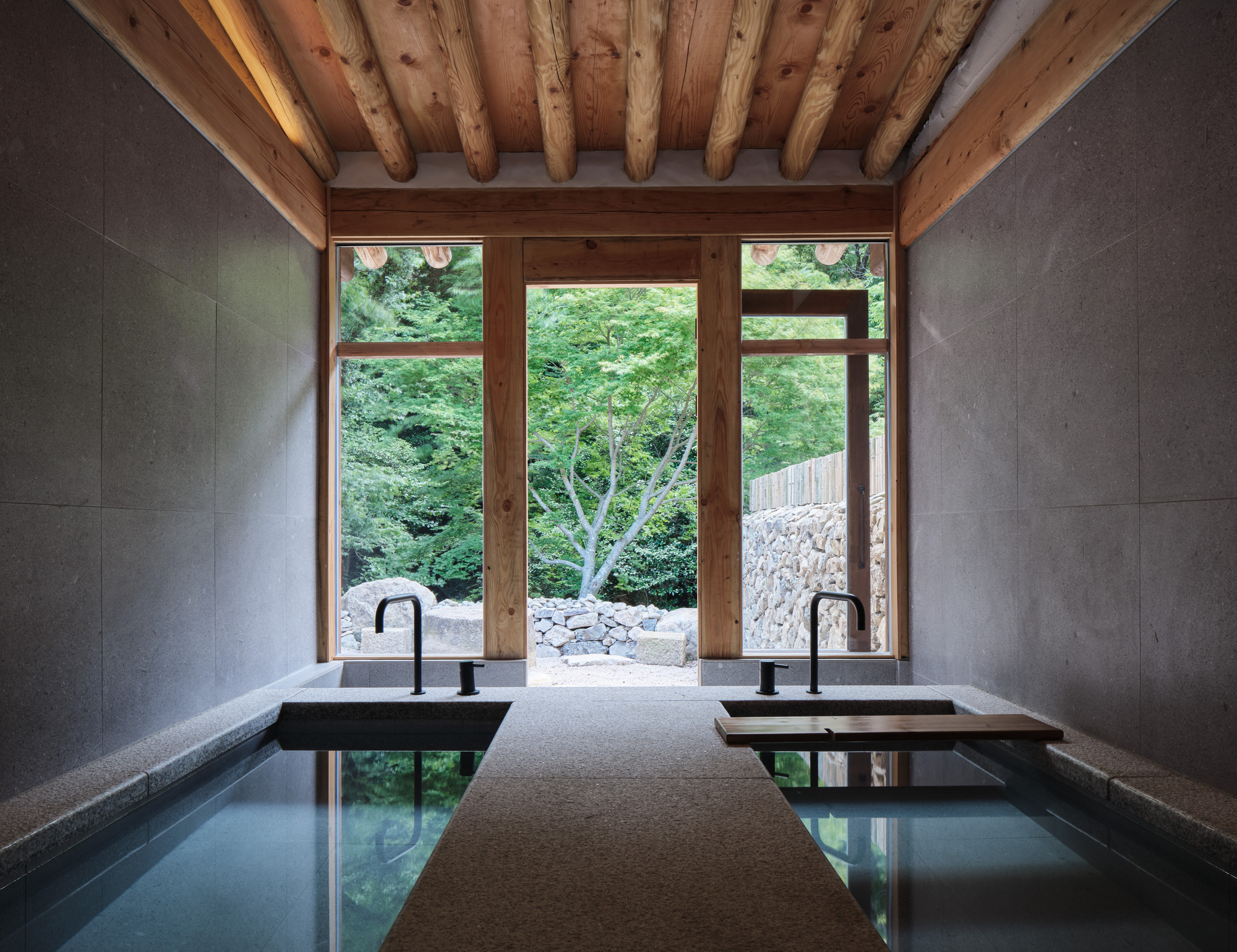 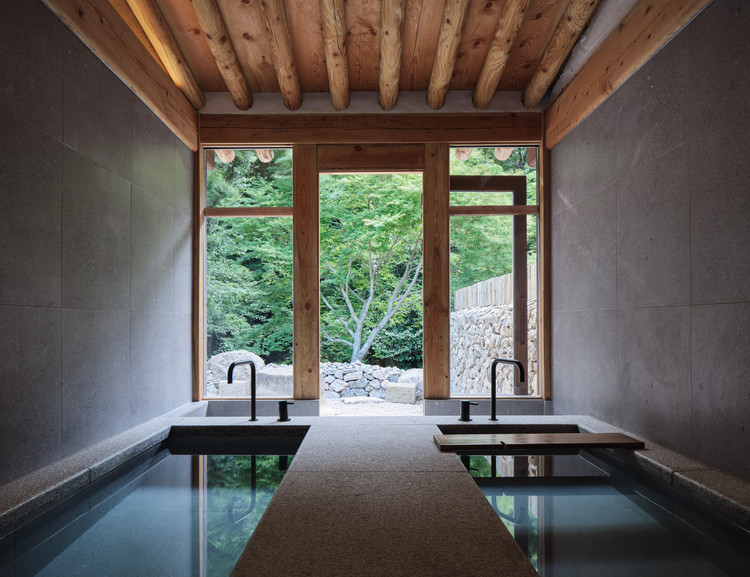 Text description provided by the architects. Yusun-gwan Korea’s first modern inn, Yusun-gwan is located near Daeheungsa Temple, a UNESCO World Heritage Site. Originally a temple lodging for traveling Buddhist monks and devotees, it began accepting ordinary visitors as customers in the late 1960s. Prior to renovation, the inn’s century-plus old buildings underwent gradual deformation, due to haphazard modification, and were deprived of their once pristine condition. As such, the renovation of these still-used buildings has focused less on the restoration of the “form” than on the restoration of the “” while ensuring the preservation of the buildings’ original form to the greatest extent possible.

As for the interior spaces, hanji, or traditional Korean paper, has been used as a finish for all walls and ceilings to create cozy spaces. For extra warmth and insulation, inner windows covered with hanji on both sides have been installed. They also double as curtains that control light. Between the outer windows and the inner hanji windows are insect screens made of a traditional hemp fabric known as sambe. The light that gets through the hanji and sambe that enclose each room fills the interior space with a palpable yet tranquil ambience.

As for the outer spaces, the artificial garden in the courtyard has been eliminated to create the largest possible void so that the mountains, ravine, centuries-old trees, rocks and other natural elements in the surroundings could become the focal point of Yusun-gwan. The pavers that covered the courtyard have also been replaced with decomposed granite, a material similar to soil. In addition, loose stone fences have been stacked using stones found around the site to demarcate the boundaries of this historic inn, with the walls’ design intended to visually blur the boundaries between the surrounding landscape and the premises.

A building previously used as a communal shower facility has been renovated as a cafe, with the spas relocated to a place close to a nearby ravine to help visitors experience the natural surroundings in the most personal and private way possible. The empty area fronting the former communal shower building has also been transformed into a garden space for the cafe. An inn with over a hundred years of history, Yusun-gwan has now become an important cultural heritage property within the region. The inn’s remodeled 800-square-meter courtyard and its new cafe, coupled with its existing function as a place to stay for visitors, are expected to bring future value to the region by drawing local cultural events and tourists. “The present moment” is a bridge that connects a profound sense of history with the future.